A shift from a linear mindset to applying circular economy practices to business thinking can benefit corporates across a range of domains, according to new white paper.

Linear thinking implies viewing a process as a line with a definitive start and finish. This is the way western philosophies have largely viewed life – even time itself – and is also the prism through which businesses have traditionally interpreted the world around them.

Linear business practices exploit finite raw materials to make new products, which are quickly shelved when a better product comes along. They create huge amounts of waste, neglect innovation and are environmentally unsustainable. Once the product is made and sold, the process is complete, only to be repeated with more raw materials.

For investors and businesses alike there are enormous and potentially devastating consequences for nature of permanently adopting the linear mindset. A new white paper from five organisations at the forefront of promoting an alternative model outlines the serious linear risks threatening all companies today. Authored by KPMG, WBCSD, EBRD, PGGM and Circle Economy, the white paper has been called a ‘must read piece’ for entrepreneurs and investors alike. After making a powerful case for a radical reevaluation of the linear model, the report calls for the business and financial community to embrace the circular economy instead.

In a nutshell, this is achieved by introducing recycling to the first step of the supply chain – raw materials – and thus eliminating waste entirely. 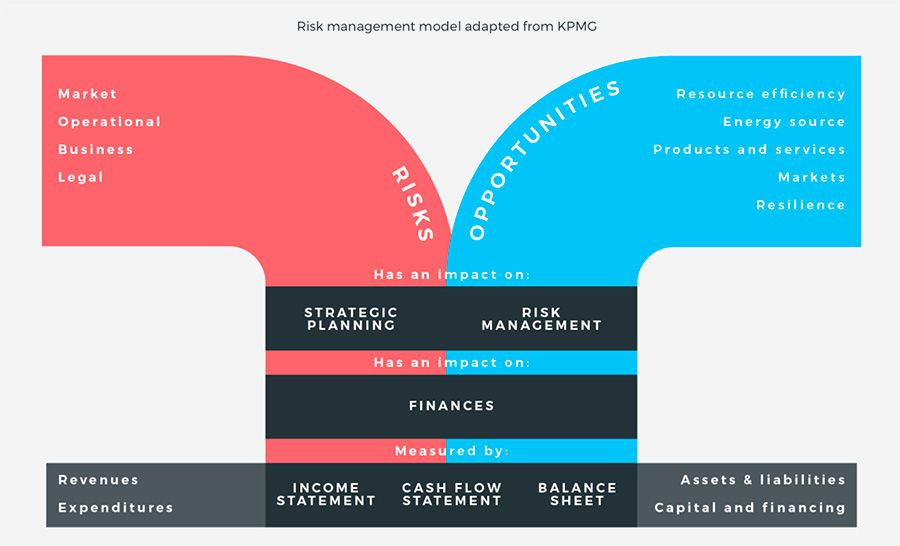 Before introducing the circular economy to a business community imbued with a healthy dose of scepticism, the authors – each of whom has done extensive research on sustainability – make abundantly clear the risks inherent in linear business practices. Because the linear mindset is the de facto operating model at the core of modern business, the risks it engenders transcends all facets of corporate activity. The researchers identify four areas of risk – market, operational, business and legal risk.

By contrast business risks derive from broader phenomena that affect the general economy as it suffers from linear practices on a grand scale. These include changing consumer demands and newly emerging technologies. Legal risks come from failure to comply with future regulations, expected to grow in severity to counterbalance supply chain crises and ongoing scarcity of resources.

The central theme of the white paper is that by engaging in linear practices – such as using finite resources, prioritising new products, and failing to collaborate or innovate – corporations make themselves vulnerable to each of the four types of risks. As an example, a corporation which relies on finite resources might encounter a scarcity in the supply of cobalt as a market risk. At the operational level, there could be a ban on some of its products because of health & safety issues. Business strategy might suffer as consumers demand a greener carbon footprint, and they may fall foul of the law by failing to meet their sustainability obligations. 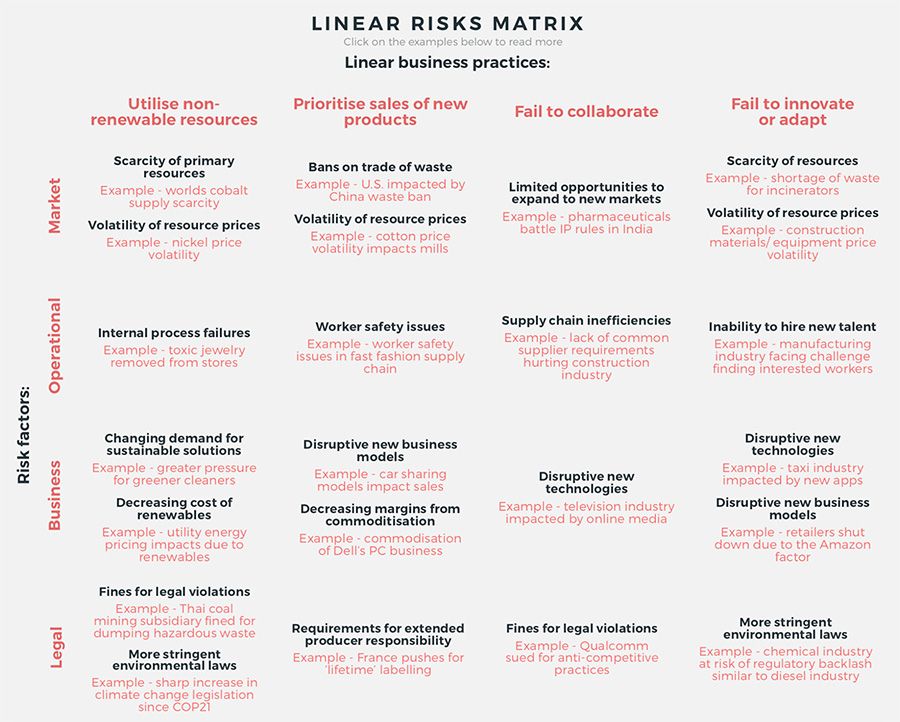 While time is often perceived in a linear manner in the West, in Eastern philosophy time is considered circular. The same approach is seen in biology where, although an animal might die, its energy doesn’t go to waste but is instead used to generate new life. The circular economy promoted by KPMG et al intends to inculcate the global business community with this mindset. If successful, this could come with significant economic value: according to an estimate by McKinsey & Company, embracing circular methods of working would increase GDP growth in Europe by 7% and disposable income by 11% by 2030, through  a reduction of raw material costs among other measures.


Although many corporations have made strong advances towards meeting sustainability targets, the circular economy does not yet exist. At best there is a ‘reuse economy’ which incorporates recycling but still absorbs additional raw materials. In the circular economy, once a raw material enters the production cycle it will be used ad infinitum and manifests in perhaps thousands of different products in different ways over generations.

Safeguarding the environment is clearly a top priority. The white paper, however, appeals to the cold financial logic that spurs on corporate success to argue that adopting the circular economy is in a firm’s best interests, whether the CEO is chasing profit or a good night’s sleep.


The critical point is that linear business practices are vulnerable at every stage. For instance if there is a radical change in a value chain and a firm lacks the ability to act because it relies on the brute force of resource exploitation, then it will collapse. By contrast, a firm with a circular mindset will be almost immune from value chain disruption because it will have already engineered a way of extracting limitless value from their resources.


The circular economy envisioned by the authors is the ultimate antidote to disruption and the only sure and sustainable way corporations can bulletproof themselves against sudden changes in the markets, supply chains, consumers and resources.

In order to better understand the circular economy and incorporate it into their own corporate vision, the white paper urges leaders to create forums with investors and stakeholders to work towards setting a collaborative agenda for change. To help drive this change, the authors advise corporations to get real about linear risks by assessing them and outlining them to stakeholders, while working with innovative in-house teams to develop circular solutions.