The UK’s economic performance had been flagging long before the emergence of the Covid-19 pandemic. Pressures resulting from Brexit and stagnant wages had already seen GDP growth stifled to between just 0.2% and 0.3% on average during 2019 – something which saw a number of high profile sectors such as retail, dining and travel record a sharp spike in liquidity issues. In turn, this saw many clients of Britain’s consulting industry scale back their advisory spending, something which led to the UK’s management consulting market seeing its slowest growth in seven years.


Now, thanks to the additional pressures inflicted by the global coronavirus lock-down, research firm Statista’s latest estimates the UK’s economy is set to hit negative growth for the duration of this year. Due to this forecast recession, a recent study from Source Global Research suggested that the consulting sector is set to see a stagnant 2019 turn into a potentially disastrous 2020, with revenues possibly falling from £8.6 billion to as little as £6.1 billion in the current 12-month period.

Amid this, one of the few areas of consulting which still seems to be faring well is restructuring. While Quantuma has significantly diversified its offering in recent years to include aspects such as pensions and corporate finance advisory, the firm is still best known for its work helping clients under financial stress – and according to Marie Wadeson, a recently promoted Partner at Quantuma, under lock-down the business has been “extremely busy.” 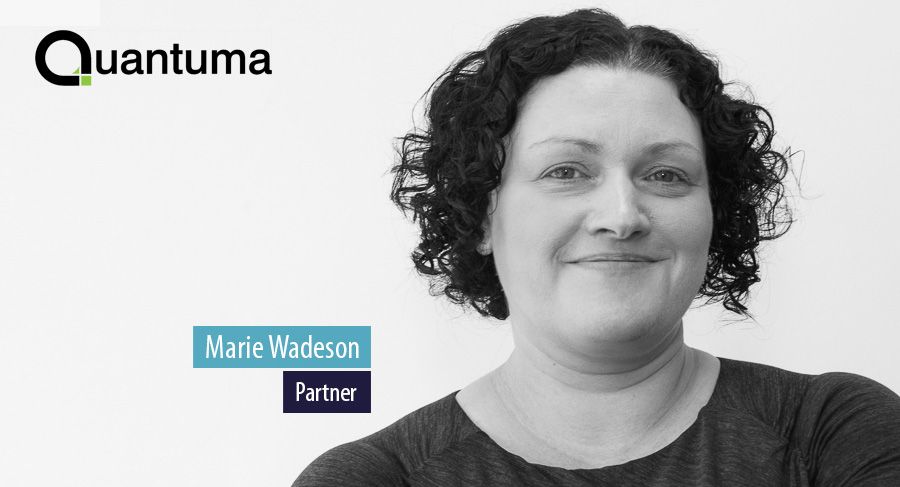 Speaking to Consultancy.uk, the Marketing and Business Development Partner explained that at present, the firm’s spike in work derives largely from its three-year expansion of its portfolio of services. Thanks to its widened offering – for example Quantuma has just taken on a pension advisory firm – the company has built upon its solid restructuring base for significant growth. Wadeson stated that the firm’s year-end-figures are expected to reveal a leap from UK revenues of 2018’s £15.5 million to “somewhere in the region of £22 million” in 2019. This widened offering has enabled demand for Quantuma’s services to continue increasing under lock-down.


“[Since lock-down] we’re seeing a slight increase in insolvencies – but we are most busy in our advisory capacity,” Wadeson clarified. “Some are hit worse than others, it has to be said, but nobody is immune to what is going on, and so broadly we are working with two types of businesses. One type consists of businesses which have been critically affected, but still have viable businesses; and the other type consists of firms which have been critically affected, and were exhibiting signs of stress or distress before the outbreak of Covid-19.”

While Quantuma’s traditional restructuring offering might have seen a modest increase so far, though, it may well see a sharp spike soon enough. Government measures “have obviously helped” businesses in distress to buy some breathing space, with making emergency loans available and giving firms the ability to furlough staff seeing “businesses minimise costs while weighing up what their best options are.” Wadeson warned that while this has “slowed down some creditor and lender recovery actions” in the short term, though, it is a situation that is unlikely to last long.

“In other circumstances we might have seen more [creditors] taking recovery action,” Wadeson suggested. “We suspect that over a period of maybe two-to-three months, that Government support may be scaled back, at least slightly if not totally, and at that point a number of corporates may have exhausted their cash reserves – so creditors will no-longer be able to hold back on that. While you might have expected to see a significant increase in insolvencies already, we expect this spike will come in the next quarter.”

This may partially be why Quantuma and other firms positioned to assist firms in financial stress – either as advisors or as administrators – seem to have bucked one of UK consulting’s major trends at present. With a number of the industry’s largest clients already having indefinitely frozen the majority of the projects they would usually turn to external advisors for, many firms have subsequently taken precautionary measures to avoid redundancies. In the case of a number of large firms, including the likes of PwC and Grant Thornton, these measures include a freeze on promotions, pay-cuts, and a reduction on non-graduate hiring.


“While you might have expected to see a significant increase in insolvencies already, then, we expect this spike will come in the next quarter.”

This does not seem to be the case at firms which have traditionally specialised in restructuring and corporate recovery, however. Marie Wadeson is herself part of a large cohort of recent promotions at Quantuma, for example. In a comparable vein to similarly positioned consulting firms such as Duff & Phelps, Quantuma has been working to bolster both its headcount and senior expertise in recent months – at least partially in anticipation of a boom in demand for its services later in 2020.


Wadeson commented, “Since the promotions including mine were announced, we have confirmed another 11 promotions right the way through our business. We are gearing up for an up-turn in demand… Meanwhile, while evidence suggests demand for corporate finance will thin out, most of our corporate finance team has actually joined our special situations team. They typically work with businesses which are stressed rather than distressed – helping them in an advisory capacity to get through this, and assess their options; from a managed exit of the business to administration, or even pre-pack administration. These services can help our clients thrive after we start to come out of this. There are a lot of services we provide, and a lot of businesses we are working with at the moment.”

In terms of the specific situation faced by the consulting market, Quantuma has not noticed a discernable rise in advisory firms seeking assistance. This seems to be for a variety of reasons, including the industry’s noted expertise in cost-cutting.

Wadeson elaborated, “I can’t think of many types of consultancy firms coming to us for support… We know firms like the Big Four are considering the reputational implications of furloughing their staff.  Previous employers of mine are furloughing staff – and that’s something representative of consulting’s mid-tier as a whole. All over the sector is looking to minimise costs.”

At the same time, while consultancies – particularly generalist firms – might see a decrease in some lines of work, Wadeson contended they will likely see this countered by an increase in other kinds of demand. Firms like the Big Four may well benefit from the same spike as Quantuma, with more distressed clients seeking advisory services as they weigh up their futures. The consulting industry’s agility may also be helping it cope.

“Moving our advisory work onto digital platforms doesn’t seem to have had a noticeable impact. Everyone has moved pretty well into the new normal, and as I say, we’re busier than ever.”

Speaking from Quantuma’s own experience, Wadeson said, “We’re an agile firm – from the start in 2013, all our systems have been set up on remote servers, so while 250 of us could be sat in any of our offices working, we’d still be ‘remote’. As a result, our existing IT systems mean we can take working from home in our stride in that regard… Obviously from an external perspective, we usually work with clients via physical meetings so that has been a challenge – one faced by the consulting industry as a whole – but moving our advisory work onto digital platforms doesn’t seem to have had a noticeable impact. Everyone has moved pretty well into the new normal, and as I say, we’re busier than ever.”

Consulting might well weather the storm then. In terms of the more general professional services market, however, it seems there has been a notable increase in other areas.

Wadeson concluded, “In terms of other market sectors; Quantuma has significant expertise in the mid-market legal space. We have noticed there that there has been a significant uptick in approaches for our services. In that space, there are a number of firms facing very serious levels of distress.”