Northamptonshire County Council has become the latest local authority to court controversy by issuing a lucrative contract to a private consulting firm, following stringent budget cuts. Earlier in July, the council handed £1.4 million to a team of consultants to draw up a procurement contract for an outsourcer to take on the maintenance of the county’s highways.

In the summer of 2018, Northamptonshire County Council’s Conservative-led administration voted in favour of a massive programme of spending cuts, resulting in widespread job losses, and the crippling of many public services. The government had already sent in commissioners to oversee the cash-strapped council Northamptonshire that spring, after the authority revealed a projected overspend of £21 million for 2017-18 – however, the council was forced to issue a second spending control order to stave off a projected budget shortfall of £60 million-£70 million the next financial year.

Northamptonshire County Council subsequently backed an action plan to reduce spending during a crisis meeting. Children’s services, waste management and road maintenance were among the areas facing the most “radical” cuts, according to BBC reportage at the time. Two years later, however the council has come under fire for handing out a million-pound consulting contract in one of those areas. 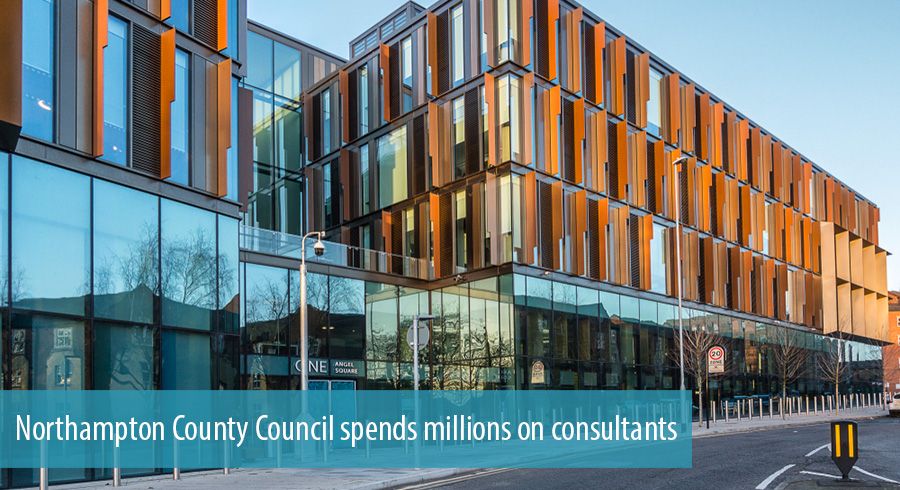 In mid-July, Northamptonshire County Council’s administration agreed to spend £1.4 million on a team of consultants to draw up a new procurement contract for a company to take over the maintenance of the highway network for Northamptonshire. The contract has been run by outsourcer KierWSP for the past 12 years, but last year a review of the circa £50 million annual contract found that the authority was not monitoring the situation as well as it should, and that the contract was not providing value for money.

Despite this, last year, in a decision made behind closed doors for commercial reasons, the Conservative administration decided to extend the contract until July next year with a possible extension until April 2022. More controversially, however, beyond this two-year safety net, the appointment of procurement consultants means Northamptonshire County Council – which is set to be abolished in 2021 and replaced with two unified authorities – will move ahead with lining up a new replacement, effectively taking options away from the West and North unitary councils replacing it.

Liberal Democrat leader Chris Stanbra branded the news “astonishing,” while and Labour leader Bob Scott questioned why the authority did not have the expertise internally to draw up the contract. Scott added that in North Northamptonshire in particular, there was some appetite for the a highways contract to be provided in-house, something which another expensive outsourcing deal would prevent.

Northamptonshire County Council is also spending millions of pounds on another consulting firm. Newton Europe has been tasked with helping the council transform its adult social services department. The firm was handed a ‘risk and reward’ style contract to develop a new operating model for the council’s adult social care department and could earn it as much as £7 million per year from the authority.

The appointment also raised ire among opposition councillors, as the firm is linked to the authority’s government appointed commissioner Tony McArdle. McArdle has been on an £800-per-day rate since joining the council in 2019, and also a paid advisor at the Newton Europe.