Despite continuously encouraging clients to improve their gender representation and reduce gender pay gaps, the consulting industry of the UK is failing to improve its own outlook on the matter, according to an analysis of data submitted to the Government. A report from the Financial Times has shown that no major consultancy in the UK has a median bonus gap lower than 20%, thanks to few women reaching senior roles.

Driven by a growing body of evidence that suggests more diverse teams perform better, while an ageing population and higher levels of competition for talent have further incentivised companies looking to recruit from demographics traditionally marginalised by the market, the corporate world has been working for a number of years to improve its image in terms of inclusivity. Despite this, a paradox on the matter of diversity continues to dog the business world in 2019. That is to say there is a disconnect between what these corporations purport to believe in via their ‘talk’, and the concrete change actually delivered by their ‘walk’.

In the UK, this has been seen by employees, as many of the world’s largest firms have long championed the notion of gender parity in their companies, in terms of both pay and representation at the top of the business. However, a recent study from consulting industry giant Boston Consulting Group found that nearly half of workers in Britain believe employers have not progressed on their Diversity and Inclusion (D&I) goals in the last four years. 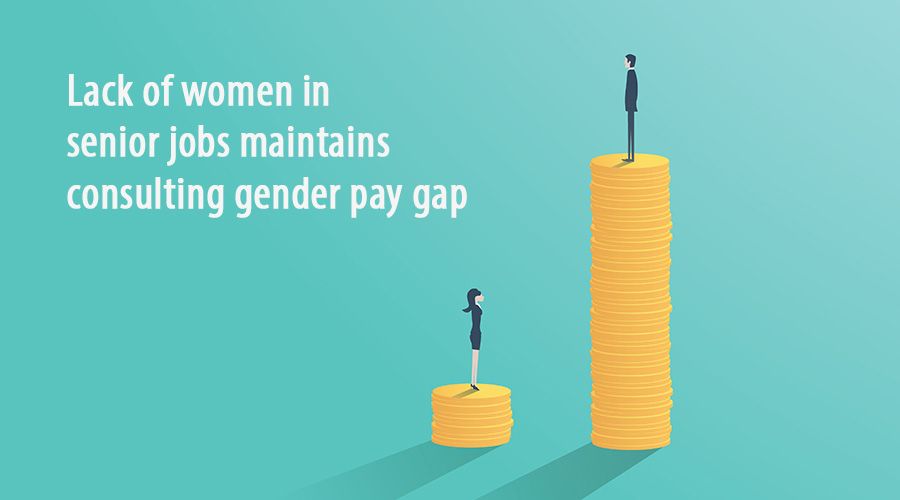 While that news prompted a range of comments from the consulting industry about how firms in the UK might improve the effectiveness of their D&I work, however, a report from the Financial Times has called into question whether consulting firms have been following their own advice. Data submitted to the UK Government over the last year suggests the contrary to be the case, with all of the largest consultancies operating in the UK having reported significant gender pay gaps, both in terms of the average hourly rate received by women at the firms and the average bonus gap.

Surprisingly, BGC reported one of the highest median pay gaps in the last 12 months, at 35%, only being surpassed by MBB strategy rival Bain & company by an extra 1%. While BCG’s bonus mean gap was largely in line with its pay gap, however, Bain also recorded the largest median bonus gap of a massive 75%, followed by Big Four firm PwC at 67%, and the third MBB giant, McKinsey & Company, at 52.5%. The lowest pay gap was seen at Accenture, at just under 10% – though again this jumped considerably to over 30% in terms of bonuses – while the lowest bonus gap was found to be at KPMG, at around 25%.

According to the Financial Times, all of the firms in question offered a similar explanation – and one which has been offered before when they have had to supply the Government with this data – the lack of women in highly paid senior roles throws the statistics out of balance. McKinsey and BCG were both noted by the business publication as having offered “upfront” and “contrite” explanations for the gap, with McKinsey in particular stating that men and women in similar roles are paid equally, and its pay gap is therefore due to “the higher number of men in senior roles” at the firm.

While both firms also suggested they were keen to address this, and were not “satisfied with our current representation gap,” the statistics do beg the question as to why so few women are still making it to the top of big consultancies, especially when they have been accepting similar numbers of male and female graduates for a considerable time. Arguably, the growing independent consulting scene of the UK’s gig economy supplies at least a partial answer to this.

A study from Eden McCallum found that women earned 28% less than men in their last corporate job, but now earn similar rates as independents. Meanwhile, other studies have found that the culture of big consulting firms is almost exclusively geared toward long working days, with late finishes outside a traditional working day a given for many employees.

A reluctance to change this culture which arguably favours quick, profitable work could be pushing female consultants out of such firms. According to Source Global Research, 47% of female senior managers in professional firms say that scheduling meetings during normal working hours would help to keep them in consulting, with 34% also citing more predictable travel plans.

Dena McCallum, founding Partner of Eden McCallum, a consulting firm whose projects are delivered by independent consultants, suggested that the industry’s restrictive approach to flexible working is another problem raised repeatedly by women in the sector. She told the Financial times, “As long as the people making the decisions about career advancement [believe] that if you are really committed you are willing to travel whenever [and] wherever you are asked and drop any personal commitments for any client request, then people who want some control over those choices either feel undervalued or are not promoted.”

With these factors drawing women out of the labour pool, then, it is unlikely that they would remain with big consultancies long enough to make a dent on their pay gap statistics. This would be contrary to the position supplied to the Financial Times regarding the matter, with the firm declining to comment but providing a link to a 2017 webpage setting out the firm’s position on its gender pay gap. On that page, it noted its senior consultants are “skewed towards men”, before asserting, “while women start out in business with the same level of ambition as men – if not more – their aspiration and confidence drop over time.”

In response to the findings, one woman, who is a former Director of one of the Big Four professional service firms, added another possible reason to the list. Speaking to the Financial Times anonymously, she implied that a “boys’ club” culture was to blame, at least in her former employer’s consulting arm, which contributed to men being promoted over women, having also been more likely to be picked by predominantly male Partners to work on prestigious projects that involved travel away from home.

She explained, “The guys like to work together… If you are a guy away overnight do you want the company of your male [peers] for a few beers in the pub, or do you want the company of a mature female who doesn’t want to go drinking?… Some women are able to get out there and develop their own clients, but building a lead can take time. During the build you may have no work and find yourself at the mercy of the guys handing out performance improvement grades, and then see yourself helped out of the door before you win anything.”