Independent consultants who dare to invest in marketing and sales efforts are likely to earn larger salaries, according to a new study. More than 50% of consultants who invest $5,000-$25,000 in their marketing are making more than $150,000 per year.

The UK’s gig economy has continued to boom well into 2018, with the country now playing home to an estimated 5 million self-employed people. The professional services sector is a major driver of growth in this area in particular, with the number of freelance workers in Britain having reached 2 million since 2001.

This has seen individuals continue to flock to the market, lured by the promise of a better pay and a more fulfilling life. The problem is that, in an over-crowded market, freelancers are now finding it harder to get themselves noticed. According to a new survey from Consulting Success, the key to surviving and thriving in the independent consulting market is the confidence to invest in marketing. 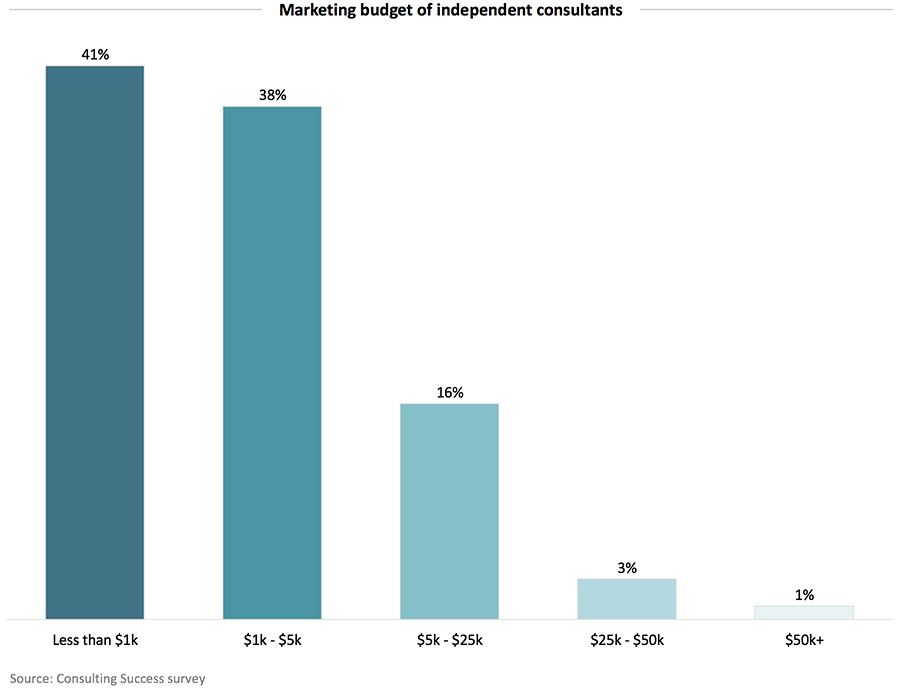 Thirty percent of survey respondents (spanning the Americas, Europe, Africa and Asia) were management consultants, 16% were strategy consultants, 13% were marketing consultants, 7% were operations consultants, and 4% were financial advisory consultants. The findings back up the idea that while marketing and sales are a challenge for freelancers – only 17% of consultants claim they don’t struggle with either – they pay for themselves in the end.

Following on from this, consultants are also reluctant to invest heavily in marketing, despite the research finding the adage “you have to spend money to make money” still holds true. While those who do invest tend to have higher incomes, 40% invest less than $1000 in their marketing each year. At the same time, 38% invest $1000-$5000, while only a fifth invest $5000+. 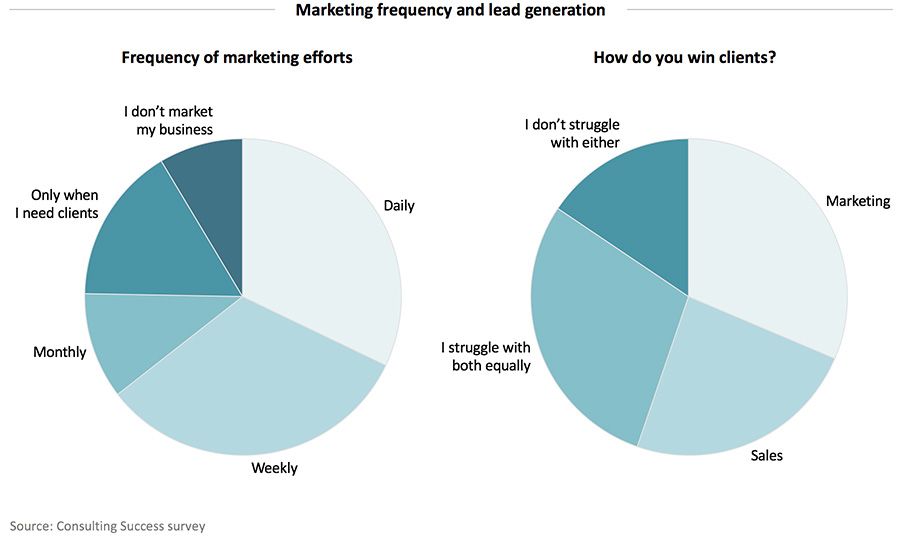 According to Michael Zipursky, founder of Consulting Success, “Marketing is not an expense – it’s an investment. Marketing’s job is to generate conversations with prospective buyers so you can get more clients and make more money.”

However, marketing is still not top of agenda. This is partially because consultants rely heavily on pre-existing networks: over 55% of consultants get 60% of their new business from referrals.

At the same time, while research shows that the highest-earning consultants tend to invest more in their marketing – over 50% of consultants who invest $5,000-$25,000 in their marketing are making more than $150,000 per year and 30% of these make over $300,000 per year – there is no hard evidence that this is a direct correlation. However, the main finding from Consulting Success does mirror similar results that have been found for consulting firms, including a study from Hinge Marketing, suggesting there is likely a link.

Zipursky argued that Consulting Success’ research shows the same applies for independent consultants, stating, “When you invest in your marketing – the right way – you should see a return on your investment. The more you market your business, the less likely you are to struggle with new business and leads.”