In the latest in a succession of headlines related to Government spending on outsourcers, it has been revealed that consultants have racked up a £175 million bill for their work during the Covid-19 pandemic. The huge increase since August has seen UK Parliament announce a probe into its heightened use of management consultants amid the crisis.

Despite a recent edition of the respected Global Health Security Index predicting at the turn of the year that the UK was one of the best-positioned nations in the world to handle a pandemic, Government mismanagement of the situation quickly saw Britain spiral into crisis, amid the 2020 Covid-19 outbreak.

After a decade of austerity, the National Health Service had been left under-resourced and under-staffed, and hospitals quickly reached bursting point.

As a result of its thin-spread Civil Service, the UK Government resorted to massive outsourcing of its work, tapping consultants from many of the world’s largest professional services firms. In August 2020, publicly available data collated by The Guardian and online journalism platform openDemocracy revealed that Whitehall had doled out contracts worth a total of £56 million to help with the national response to the first wave of Covid-19. 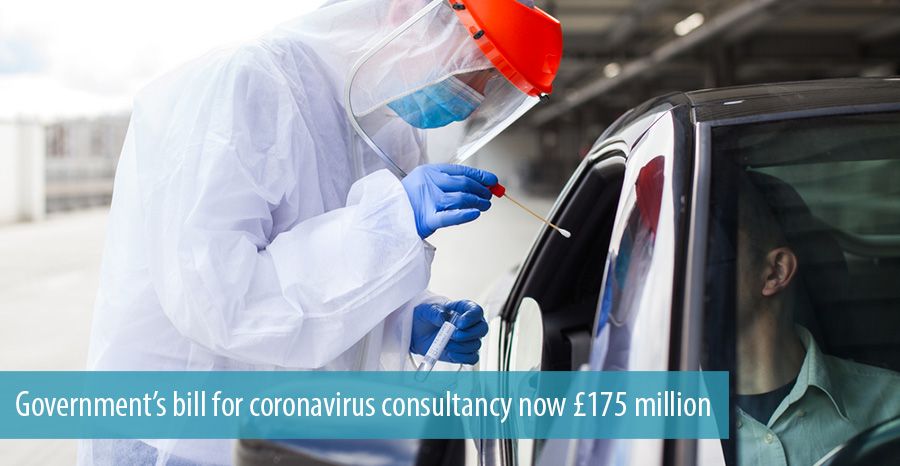 On top of this, large contracts were also handed to consultants to help the Government revive its failing test and trace regime, as it struggled to prepare for an inevitable second wave of the pandemic. Overall Boston Consulting Group charged £10 million for 40 people to work on the virus test and trace programme over the course of four months, while 1,000 consultants employed by Deloitte have also worked on the system, and staff from top professional services firms like KPMG and EY have been put on standby to work on “back office” parts of the system on a short-term basis over the next six months.

Now, the UK is in the grip of a worse coronavirus outbreak than before it adopted a nationwide lockdown through the spring. With test and trace having been quickly bypassed by the situation, the Government’s apparatus is once again coming under major strain – and as before, it is supplementing its own workforce by paying private consultants public money. The bill for private consultants hired by the Government during the pandemic has now climbed to £175 million.

As reported by The Guardian, contracts collated by data company Tussell saw disclosed spending on consultants rise by £65 million since the end of August, a 35% increase, triggering alarm bells in Parliament. According to the Chair of the influential Public Accounts Parliamentary committee, MPs will now investigate the multimillion pound use of management consultancies – while suggesting the Government had disregarded its own rules on procurement.

Taking particular issue with the Government’s failure to regularly publish its latest consulting contracts, Meg Hillier stated, “You cannot just tear up the rules and dish out taxpayers’ money in this way… Not publishing them on time is not acceptable and there is no excuse. At a time when we have given the government huge powers to bypass the usual tendering process the government should be more transparent not less. It appears as if there is a general disdain for parliament and the public. The public are not fools.”

It is not the first time the Government’s reliance on management consultants has come under scrutiny during the Covid-19 crisis. In September, Lord Agnew, the Cabinet Office and Treasury Minister, said the Civil Service had been infantilised by an unacceptable reliance on consultants. Meanwhile, Labour MP Clive Lewis recently dubbed a deal for consultants to oversee the Government’s Moonshot programme as “potentially the biggest NHS privatisation in history,” while the Good Law Project has commenced legal proceedings against the Government, alleging that the plans ignore scientific evidence and break value-for-money rules.

Speaking in defence of the spending on consultants, Management Consultancies Association CEO Tamzen Isacsson said, “Government departments have faced an unprecedented volume of workload during the pandemic and using external resources has enabled the government to work quickly and with intensity on major initiatives… At short notice the industry has been able to bring world class technical expertise and multidisciplinary capabilities and it has been our industry’s priority to strengthen the response and processes of clients and provide value for money.”