Digital transformation remains one of the top priorities for businesses in 2020. But for many organisations, getting the right people in place to oversee and manage this change is easier said than done. Richard Grove, director at Caution Your Blast, shares five steps that can help kickstart a very strong team to achieve digital targets.

1. Try before you buy

For a team without existing expertise in digital roles, it follows that when you make your first hires, you’re hiring without a benchmark to judge them by. It would be easy to make hires who aren’t going to deliver the level of performance you need – after all, you’re after people near the top of their industry, in an incredibly competitive environment.

One answer is to engage your first digital team hires on fixed term contracts to begin with, working closely with them over the course of a few months or so. It gives you the chance to measure the impact of their work, and get a feeling on how the individual works in your team, the culture they build, while protecting you from any long-term impact of a misstep in hiring. If they prove themselves, you’ve got the first chance to get them into your team permanently. This approach is being made increasingly attractive by the changes in IR35.


2. Go for specialists who understand other disciplines

There’s been plenty of furore recently around the generalist v. specialist hiring process, not least from the centre of government. However, we’d recommend trying to find the best of both worlds (obviously). Always look to hire specialists, who have an appreciation of the wider teams skills. That is to say, you want people who can come in and be absolutely brilliant at their specific role, but also have an appreciation of the importance of what other team members do and involve themselves. 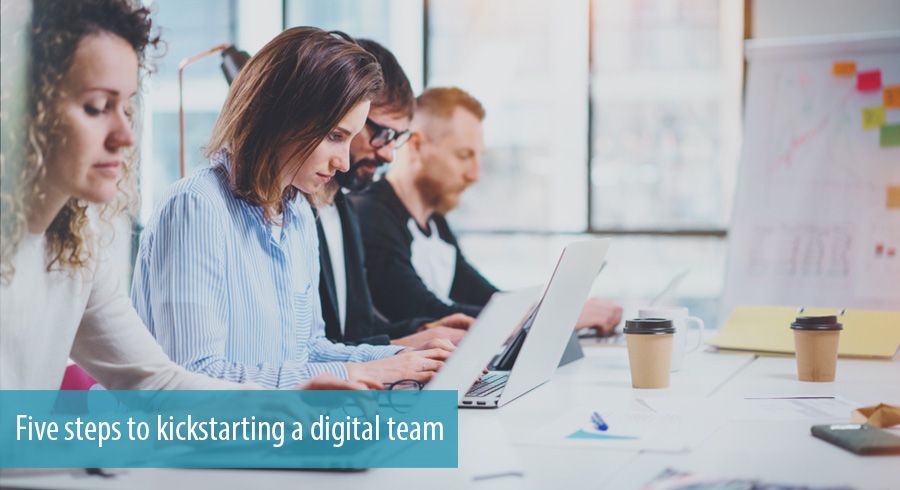 The best developers watch user research. The best designers understand code. The best people bridge the divide. And a technical architect with no appreciation of user needs is a very dangerous thing! It’s tied to being a multidisciplinary dynamic team- pulling together as a single unit for a single cause and appreciating one another.

A while back, I remember someone spending a chunk of money putting up a full-wall mural in our team project space, of a rugby team scrum. Clearly thinking they had made a clever play on the ‘agile scrum’ methodology, in reality they annoyed anyone who knew anything about agile scrum as well as all the team members who weren’t rugby fans! This isn’t to discourage a bit of something different in the office, but rather to understand what is more likely to have a positive impact on the workforce and potential hires.

If your working environment feels unwelcoming, disconnected, or unconducive to work, then it will be tricky to convince talent that this is the company for them.

At Caution Your Blast [a London-based digital agency and consultancy], we allow animals in the office which makes for a homely atmosphere. ‘Paddy’ is our current dog visitor who comes into the office when her owners need dog-sitting cover several times a week. She does tricks and everyone in the team has a soft spot for her. The impact really is remarkable. Think about similar little things you could offer.

4. Appreciate the unwritten rules of teams

Once you’re building a team, it’s so important to convey to everyone the behaviours which will lead to a productive environment and encourage people to express themselves and take ownership of their work – typically the best people want to be able to work in this self-managing way. Headphones on = don’t interrupt. Managing your own hours = acceptable. There is a fine line which a good team knows how to draw between being focused on oneself and being open to others. Quite often in a digital team, tasks require complete attention and focus; it’s important to let that flourish when it needs to.

“For many businesses, getting the right people in place to oversee and manage digital change is easier said than done. Getting the right team in place is key.”
– Richard Grove, Director at Caution Your Blast

In trials in large tech companies, who are now going to lengths to stop people interrupting their developers, for example, I’ve heard stories of roped off areas and even a ‘blocker’ whose job it is is to admit/reject others to speaking to developers. A bit more understanding of the unwritten rules would go a long way to no longer needing this.

5. What’s your raison d’etre? People want to give back

There’s an increasing number of tech industry workers who, having done really well for themselves over their career, are looking to ‘give back’ to the industry. They may have been industry leaders in their time, or exceptionally valuable workers, so money is unlikely to be their motivation for taking on a role. This means that there’s a rich seam of talent which isn’t attracted by financials, more likely to be won over by a strong raison d’etre within the company towards wider society.

If you’re looking to hire these people, ask yourself what it is that your business stands for? You don’t have to be a charitable organisation, but instead have a clear goal to help people. Perhaps it’s making public services more accessible, or lowering the cost of access to the law, healthcare, financial services etc. If these are relevant to a potential hire then your company needs to show how it aligns those areas.