Founded in 2010 by television industry veterans, Grand Scheme Media is a creative TV consulting firm. The London-based firm devises formats, prepares pitches, packages ideas for production, and hosts a highly regarded training organisation. The firm counts its involvement in ‘Mr Sloane’ for Sky Atlantic, ‘I Love Sitcom’ on BBC One and ‘Alan Davies – As Yet Untitled’ for UKTV channel Dave among its recent successes.

This track record has attracted the attention of DLT Entertainment, a New York and London headquartered media production firm, as it looks to create a new generation of innovative programming. DLT Entertainment is celebrating its 54th year as an international entity, and has been known as a trailblazer in the production and distribution of video programming for some time. 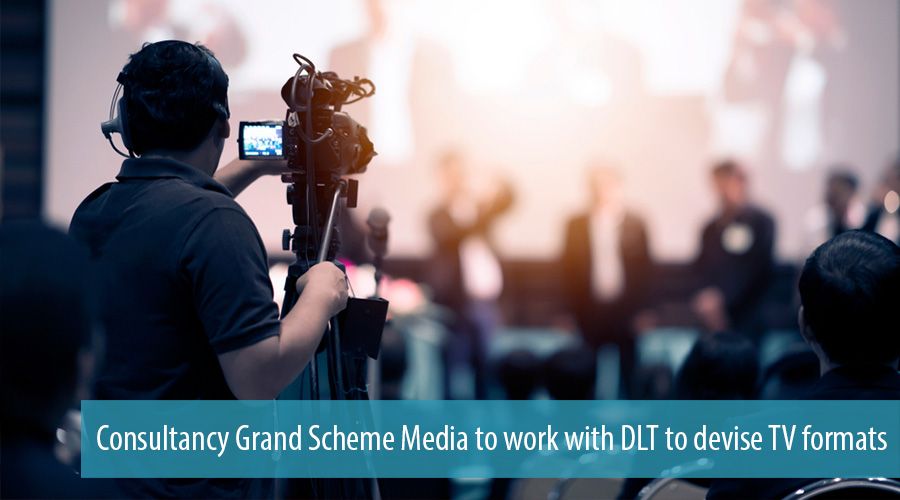 Most recently, DLT expanded its production activities with the purchase of the UK company Vera Productions, whose past programmes include Getting On, Million Pound Jewellers, Bremner, Bird, Fortune, and numerous Dispatches such as President Trump’s Dirty Secrets and Politicians for Hire: Cashing in on Brexit. Now, as it looks to push on with innovative techniques, industry news site ATV Today has reported that a deal struck with Grand Scheme Media will see the two businesses combine their extensive experience in order to foster new creative developments to jointly pitch to broadcasters.

In the process, Grand Scheme Media founders, Graham Smith and Mark Robson – a former Commissioning Executive for Channel 4 and Channel 5 and a Development Executive for ITV, Endemol, Channel 4, Channel 5, Discovery and Disney respectively – will work with DLT President Donald Taffner Junior and the team at DLT’s London offices on developing new projects. This will primarily focus on non-scripted formats, but other programme genres will also be explored.

Donald Taffner Junior commented on the deal, “We’re delighted to partner with Graham and Mark to develop new projects. So much of what we do is about working with the right people at the right time, and we believe we have found a great synergy with Graham and Mark. They are a brilliant source of new ideas and will perfectly supplement our already fantastic existing development team. We are very excited to get started.”

Mark Robson added on the partnership, “We are absolutely delighted to be working with DLT Entertainment to develop new ideas for the screen. What particularly impressed us is knowing DLT are already working with some amazing talents, all of whom are dedicated to creating quality television. It’s a pleasure to be part of the DLT team!”