The Global Sourcing Association (GSA) has unveiled the finalists of its 2019 Strategic Sourcing Awards. London-based consulting firm Coeus Consulting has made the final cut in two categories.

Based in the UK, The Global Sourcing Association is an association for the global outsourcing industry – which is estimated to be worth over £65 billion. The association represents the interests of outsourcing providers and sourcing individuals, and helps them with driving awareness in the marketplace, education, standards and thought leadership.

Coeus Consulting, an award-winning digital consulting firm with approximately 40 consultants, has been named a finalist in two categories. The first is for ‘Advisory of the Year’ for the firm’s overall contribution to the outsourcing consulting space. James Cockroft, a Director at the London-based firm, elaborated, “This is great news for the team, and serves to reinforce what our clients tell us all the time: strategic change is a major challenge, and they truly value an IT advisory that can bring together expertise in dealing with many aspects of this – not just in Sourcing, but in strategy, technology and architecture and more.” 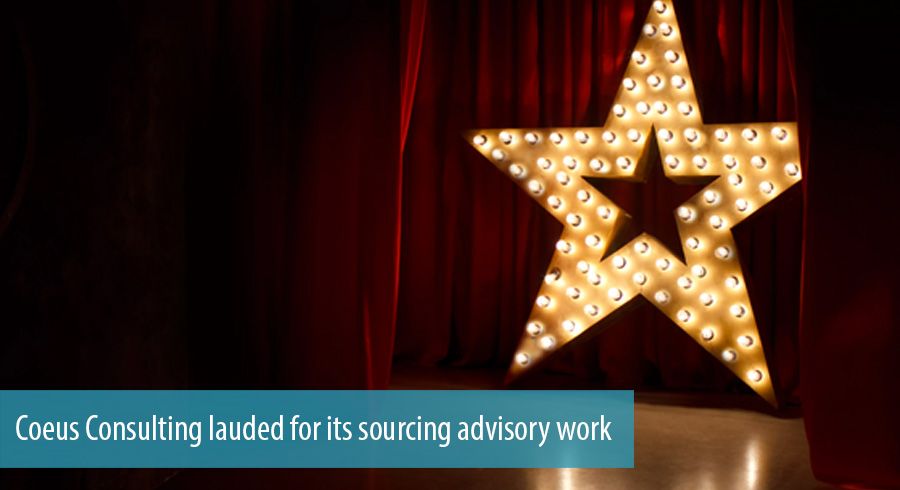 The second category is ‘Sourcing Works – Award For Value Creation’ for the bottom-line impact it delivered at Electricity North West. John Gorrell, Head of Sourcing at Coeus Consulting, reflected, “The work we delivered for Electricity North West demonstrates the enormous pressure being put on organisations and their IT departments to deliver next-generation services to customers. It is a great example of how an innovative approach to sourcing can play an integral part in this.”

With two finalist nominations Coeus Consulting managed to repeat its 2018 success, when it was a finalist for the ‘Digital Champion of the Year’ and ‘Strategic Leader of the Year’ categories. The winners of the 2019-edition will be announced during a black-tie Awards Ceremony on the 27th November in central London.