Together with Google Cloud, global IT consultancy Atos has launched an open AI lab in London. The new hub will look to draw talent together alongside organisations from the public and private sector to foster an atmosphere of collaboration and creation, as a growing number of entities seek to unlock the potential of digital transformation and AI technologies.

International consulting firm Atos specialises in digital transformation, having worked regularly with clients across the world to leverage new innovations and boost their business outcomes. Most famously in 2018, this saw Atos complete an Olympic first at the winter games in Pyeongchang, as the Winter Olympics IT partner oversaw critical IT applications such as the distribution of results in real time, which was remotely managed and hosted on the Cloud.

The firm’s high profile work at the showpiece sporting event came on the heels of an especially fruitful 2017 for its digital transformation offering as a whole, however, and the firm has looked to kick on from those successes this year. In May, this saw Atos sign a contract with Supercomputing Wales, the national supercomputing research facility for Wales, resulting in a world-first of the creation of an Atos and Dell EMC supercomputing Centre of Excellence. 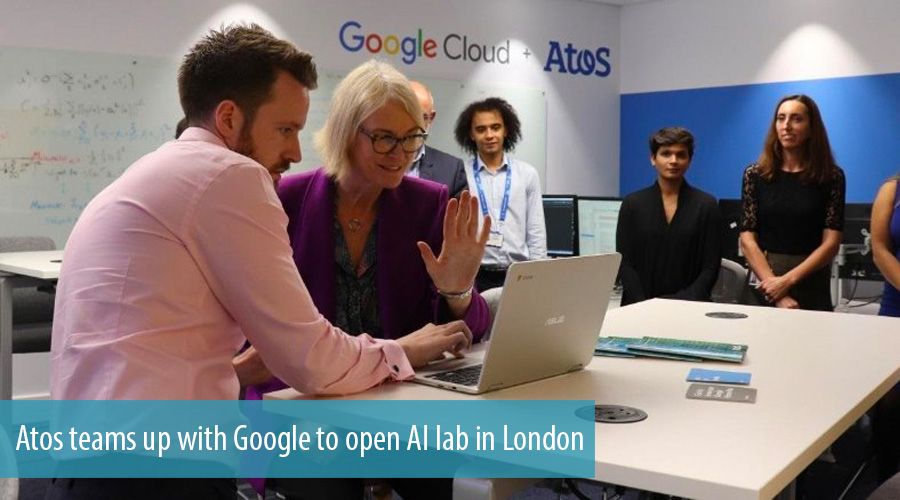 Around the same time, Atos and Google Cloud formed a notable global partnership, which saw both entities pledge to deliver secure hybrid cloud, machine learning, and collaboration solutions to organisations. At the same time, Atos named Google Cloud its preferred public cloud provider, something which now sees the firm opening a new AI lab in London, as the latest component of this partnership.

Located in the UK’s capital, which is noted as an international technology hub, the Atos AI lab will look to bring together expertise in AI alongside private and public sector organizational capabilities to collaborate and unlock cross-enterprise opportunities. The new lab will be available to businesses and public-sector entities across Europe, allowing them to to utilise AI technologies and to define and design use cases relevant to their needs. After this particular roll-out, Atos also plans to open two additional AI labs located either side of the Atlantic; one in Paris and the other in Dallas, Texas.

The launch of the lab, will also help build an ecosystem of highly-skilled AI workers in London and across Europe, which is viewed by the Government as a major asset, particularly as the UK bids to retain its reputation as a leader in business technology after Brexit. The ceremony opening the London locale in mid-October was attended by Minister for Digital and the Creative Industries, Margot James MP.

Commenting on the new facility, James said, “The UK is leading the way when it comes to expertise in Artificial Intelligence, and the new Atos labs will help to develop this exciting area of technology further. Through our modern Industrial Strategy and near £1 billion Sector Deal, we’re putting AI at the forefront of our plans to make the UK the best place in the world to start and grow a digital business.”

Adrian Gregory, CEO, Atos UK & Ireland meanwhile remarked, “The opening of this first AI Lab marks a new era in enterprise transformation and opportunity. In combining the advanced capabilities of Atos and Google Cloud AI technology, organizations will have access to compelling solutions acting as a springboard to growth in an evolving, digitally focused marketplace.”

Finally, Paul Emsley-Martin, Head of SI Partnerships at Google Cloud, added, “The new AI labs from Atos will be a valuable resource for European businesses wanting to take advantage of Google Cloud AI capabilities. This is a great next step in our partnership with Atos, and we are delighted to continue working with Atos to bring Google Cloud AI, infrastructure, machine learning and collaboration tools to enterprises worldwide.”