As predicted by multiple studies in recent years, the consulting industry is encountering major disruption, as smaller firms assemble leaner project teams of freelance consultants (mostly midlevel and senior alumni of top consultancies) for clients at a fraction of the cost of traditional competitors. Independent and boutique consultancies are subsequently gaining traction quickly, with a fifth of consulting work in the UK now going to independents.

First, independent consultants enjoy a greater level of flexibility than their employed counterparts. Over 76% of respondents to B2E’s poll cited greater flexibility as one of the three key drivers for becoming an independent consultant. Independents leverage control of which clients they work with, and what kind of projects they take on, rather than being assigned wherever a firm sees fit. Many also value the opportunity to choose when to work, commenting that they “only want to work part of the year”, helping to avoid the notorious ‘burn out’ that comes as part of the territory when working for a major consulting firm. 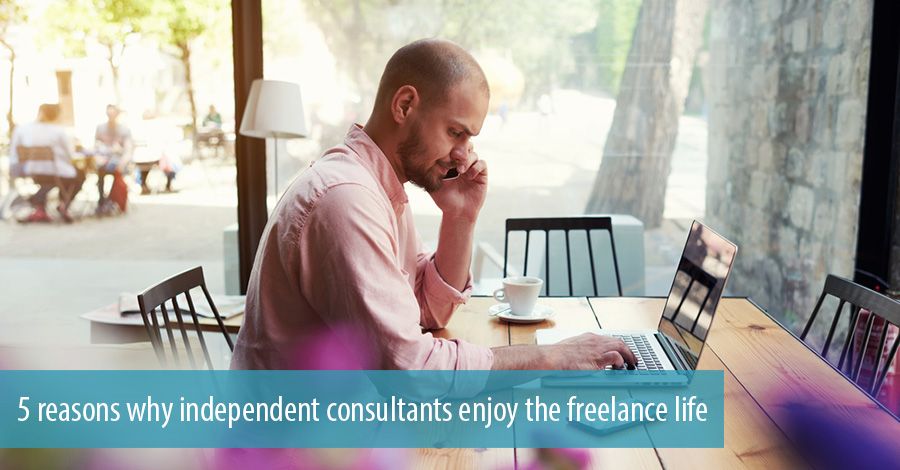 Secondly, independent consulting can be a gainful career choice. 56% of respondents labeled this potential increase in earnings as the next highest driver. One respondent lamented that they had not joined the gig economy sooner, adding, “I wasted so much money with a low permanent salary.” In line with this, meanwhile, an Eden McCallum study corroborated this belief, showing that more than 50% of independents have boosted their income by leaving life with a firm.

A less expected benefit of leaving for independent work, is the possibility to walk away from the internal politics that may arise from working in a larger organisation. Overall, 93% of respondents strongly agreed or strongly agreed with the statement; “I believe that successful delivery against my client’s objectives drives my career progression, rather than internal company politics”.

During life with a consulting firm, there are two varieties of politics which professionals are likely to encounter; that of the actual firm and its management, and that of the client. In regard to the first, within consulting firms, staff have to worry about targets, and building relationships to land a good next project. Having left to work on their own, many note they could focus on serving clients, as they no longer had to please the boss. 97% of respondents strongly agreed or agreed with the statement; “I tend to focus on getting the job done, not worrying about the next promotion”, while one even admitted, “At a Big Four firm, I wasted so much time in politics to get promotions.”

Also, it enables independents to navigate client politics more easily. Firms often have larger agenda’s at clients than just one project, meaning that they may be in the background bidding for more work, or wanting to expand their team there – something which might hamper a consultant’s efforts to actually serve the client with unpopular yet necessary advice.

The fourth reason independents are happy to have made the move is that life away from a firm allows for professionals to adopt a more specialist role. At a consulting firm, in order to grow, professionals must become better at sales, client management and project portfolios of all shapes and sizes. For instance, a Director at Big Four can have sales target of millions of pounds, while overseeing 2-4 projects at any given time. This is often the opposite of what individuals became consultants for in the first place, as many consultants just love their field and expertise, and want to work in that as opposed to being a ‘manager’.

Many independent consultants on the contrary are able to specialise in adding value as Subject Matter Experts. 85% agreed or strongly agreed with the statement “I have focused my career to become a subject matter expert in one or more areas, in order to add specific value to my clients.” On top of this, when working for clients, there is a strong feeling that independents are more able to focus on the company needs since they are independent. 88% disagreed or strongly disagreed with the statement “I feel I would be more effective achieving my client’s objectives if I were a permanent employee.” 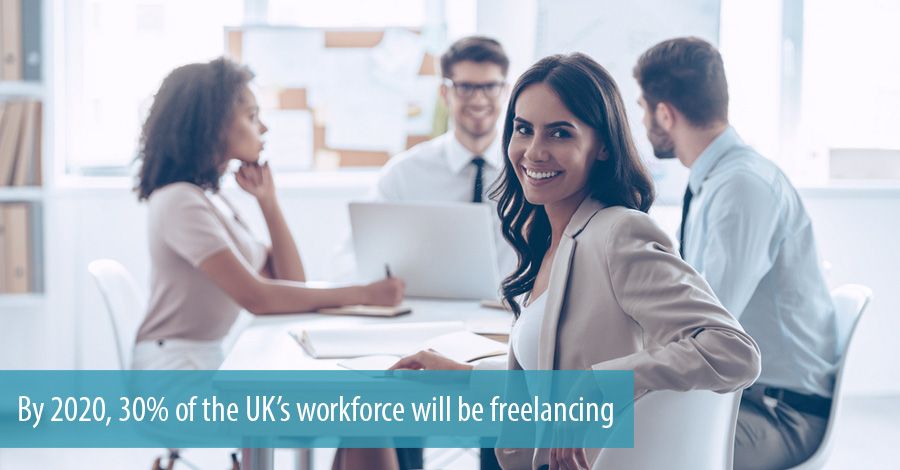 Finally, professionals going solo can better meet their career goals, according to the research. This is more ambiguous, however, while working in consulting can be great as firms have major learning and development and coaching schemes, for some, working in consulting can be constraining to career goals. For example, consultancies mindful of bench-time may need consultants to take on roles / locations that would not be the consultant’s preference.

As independents, in contrast, many feel, “Having control over my own development has significantly improved my ability to deliver high quality result.” In addition, they also understand that as an independent they are solely responsible for any career progression, and a 90% majority agreed or agreed strongly that, “I actively invest in self-learning and ensuring my knowledge is up to date so as to remain relevant to my clients” to that end. While being personally more challenging as the onus is on the professional to up-skill, it does make easier to go after career goals that lie outside of work, adding to their personal levels of happiness. They might want to write a book, spend time with their family, take a sabbatical, and these career goals are much easier to accomplish as a flexible independent.

Shifting to a gig world

Commenting on the results of the study, George Elkington, Director of B2E Consulting, said “The gig economy is transforming the way companies source talent and the way professionals work.” According to the Office for National Statistics (ONS), the UK currently counts 2 million freelancers, with the number only expected to rise in the coming years. Accenture and Deloitte both predict 30% of the UK’s workforce will be freelancing or gig working by 2020. In the US, this will rise as high as 50% by 2020.

Specifically for the consulting industry, independent consultants have the potential to “transform the market as clients continue to adopt alternative delivery models”. It is essentially clients who are driving the movement, as they embrace benefits such as flexibility, lower costs, rapid access to a diverse group of experts, and not having to deal with large, relatively slow moving organisations. Meanwhile, independent consultancy is emerging as a serious alternative to being employed. Elkington continued, “Our study shows that freelance consulting comes with several major benefits, and this is a major driver of the gig economy’s growth in the sector.” One respondent summed it up, saying, “Being an independent consultant is a lifestyle choice, for those with drive, ambition and an appetite for variety.”